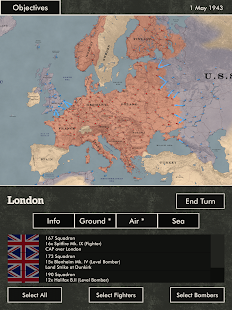 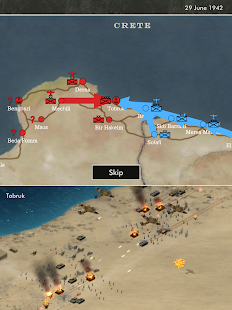 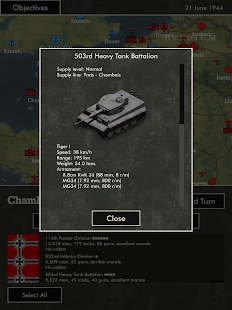 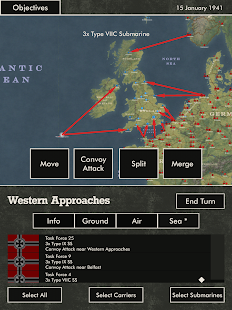 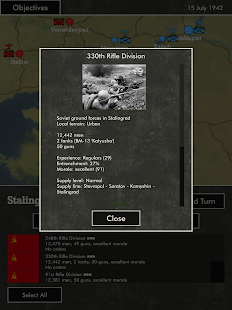 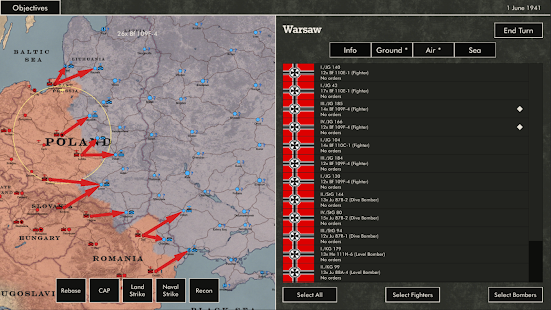 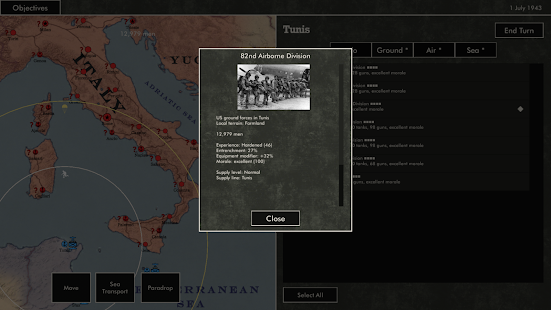 Blitzkrieg Fire is a turn-based military strategy, the events of which will take place during the Second World War. The player will be able to visit Europe and North Africa, where large-scale hostilities will take place with the participation of several states participating in the conflict. Blitzkrieg Fire is a turn-based strategic wargame set in the European and North African theaters of World War II. Take command of the land, air and naval forces of Great Britain, Germany, the USSR, the United States, Italy, France, Poland, Finland, Romania and many other nations in the greatest conflict in history. The user will have at his disposal many authentic military equipment of those years, including planes, ships, tanks and other weapons. All units can be used to achieve their objectives in real operations, starting with the invasion of German troops in Poland and ending with the Allied landings in Normandy.

As mentioned above, in Blitzkrieg Fire you will find famous battles that players can experience. The number of campaigns players find includes 19 different missions such as the eponymous battle, the invasion of Poland or even the ongoing war in Great Britain. But things don't stop there as you will be able to choose the faction you want to join and the difficulty level of the AI ​​you want to challenge. Featuring a strategy game, players will find different goals. It is not simply that one side will destroy the other, but each side has its own goal. Specifically, for the campaign in Italy, the Allies faction will have the task of occupying three critical points: Rome, Naples and Bologna in a given time. In contrast to the Axis faction, the player is forced to try to survive until November 1944.

Features:
* Blitzkrieg Fire: Fight the entire World War II month by month on a map ranging from the United States to the Ural Mountains.
* Invasion of Poland: Lead German or Polish forces in the opening acts of World War II.
* Battle of Britain: Defend the cities of Great Britain from the onslaught of the Luftwaffe.
* Operation Barbarossa: Command millions of German or Soviet troops in the largest invasion in history.
* Western Desert: Lead the infamous "Afrika Korps" or "Desert Rats" in the legendary campaign for North Africa.
* Operation Overlord: Command a massive allied invasion of Fortress Europe.