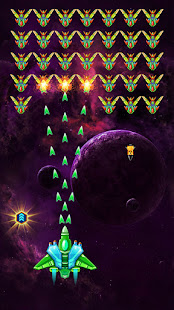 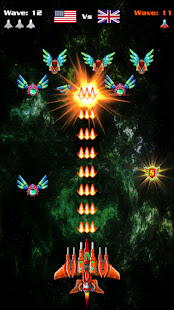 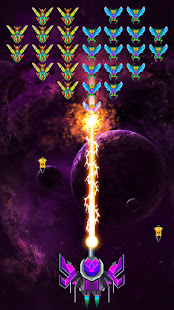 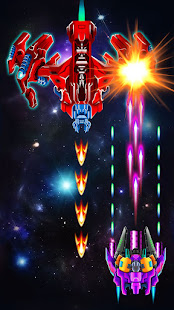 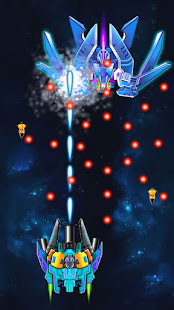 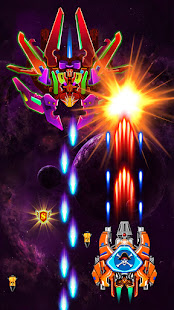 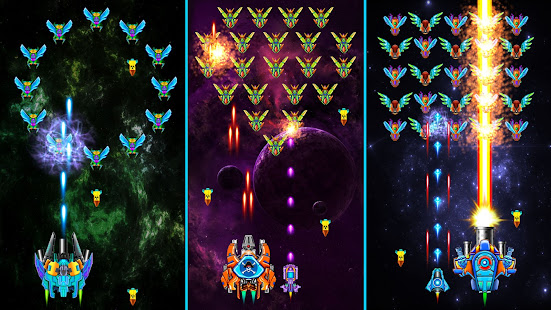 Galaxy Attack: Alien Shooter a space scrolling shooter that offers the player to become humanity's last hope in fighting a swarm of alien invaders. By leading the crew of a combat spaceship, the user will defend the planet and repel enemy attacks. Earth's last hope is in your hands, take control of the lonely spaceship and protect Earth from alien swarms. Your objective will be quite challenging as you will have to save the Universe from its evil enemies.

In this space shooting game, you will have to face more and more enemies in dangerous environments. As the game progresses, you will earn the right to upgrade your spaceship to unleash its full lethal capability. Successfully conducting hostilities will allow you to upgrade the ship to better resist enemies. In addition, at each level there will be a variety of bonuses that will allow you to change weapons and make them more effective.

Features:
* Touch screen to move and kill all enemies.
* Collect items to upgrade or change your weapons.
* Multiplayer mode: 1v1, 1v3
* High quality images optimized for tablets and large screens.
* Ability to use active skills during space battles.
* The game is packed with over 160 levels of varying difficulty.
* Beautiful levels with engaging missions to complete.
* Multiple extreme boss battles.
* Upgrade your guns and lasers.