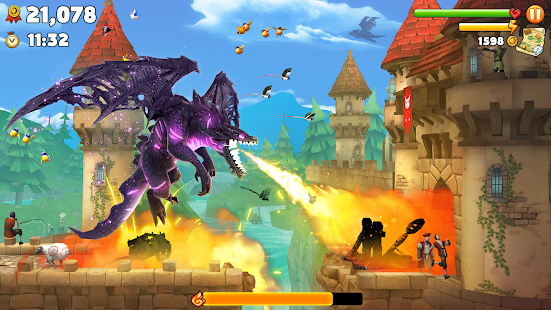 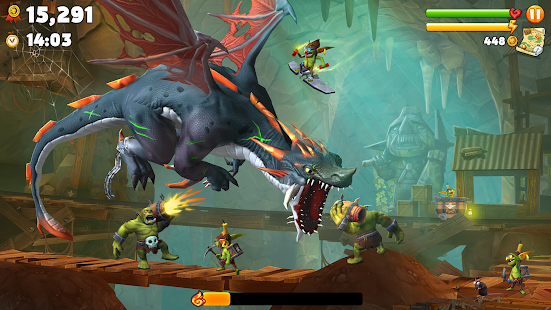 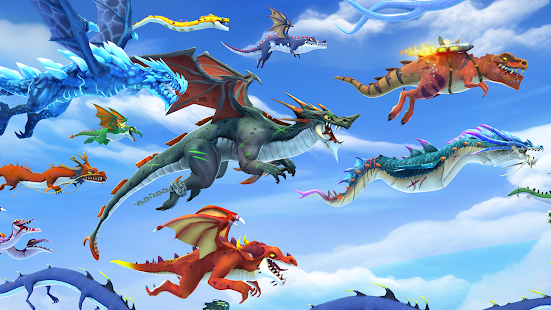 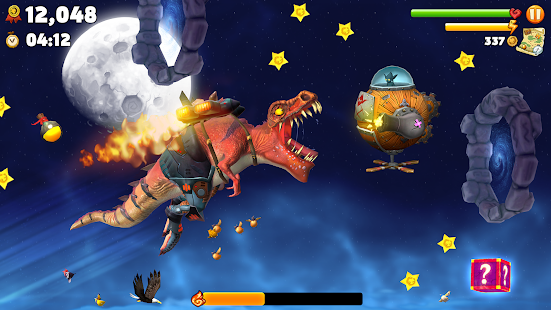 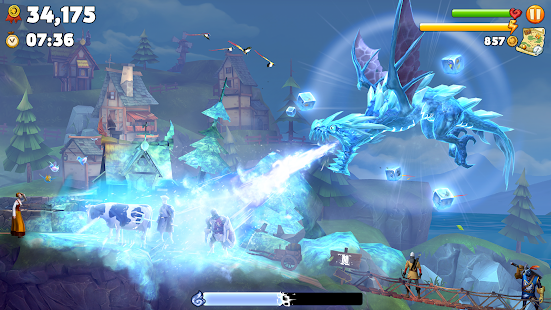 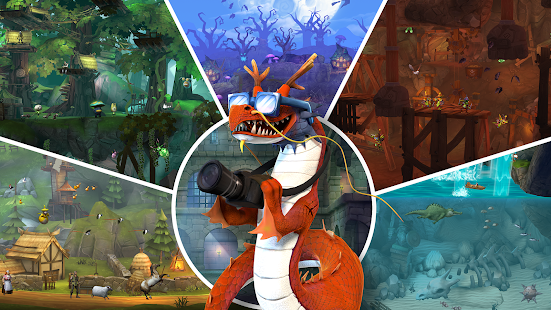 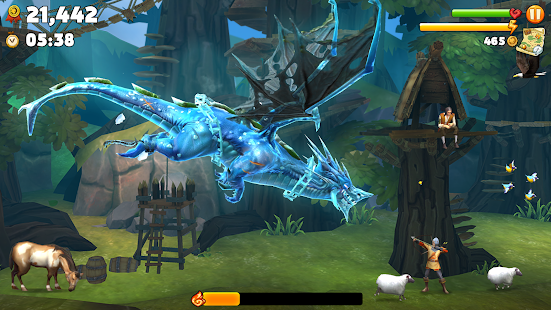 Hungry Dragon is a colorful arcade game in which you have to control a dragon. The fire-breathing lizard was very hungry and went in search of food. Unleash a fiery fury from above in Hungry Dragon, a fun and fast-paced flying action game where everything and everyone is on the menu! Control ferocious dragons and fly, burn and eat your own through a medieval world filled with delightfully unsuspecting legends, monsters and prey!

It will eat everything in its path, simultaneously destroying villages and their inhabitants, soldiers and various creatures. By destroying settlements, forests, caves and underground mines, the hero will satisfy his hunger. In the passing process, the player will be able to try out ten different dragons with unique looks and abilities. The user also has the option to dress him in different costumes.

Features:
* Collect fierce fire-breathing flying dragons, each unique in their own way
* Unlock crazy costumes to fly faster, burn bigger and eat more
* Equip exotic animals and strange creatures to increase your power
* Level up and train by feasting on citizens, monsters and other delicious prey
* Fly through, explore and destroy a world of villages, forests, hills and Goblin City!
* Destroy obstacles to access hidden areas of the world
* Feed more for a higher score Hungry dragons are never satisfied!
* Go barbecue in a huge free world in epic 3D
* Activate Fire Rush and unleash a hell that incinerates everything in your path!
* Roast a medieval festival of monsters, soldiers, trolls, witches and more
* Evolve and train legendary dragons, strange hybrid monsters and dinosaurs
* Unlock epic special powers the more you train, the crazier the power!
* Become a legend by competing in legendary leagues to defeat friends and foes!

Discover the mysteries of a new BONUS ZONE