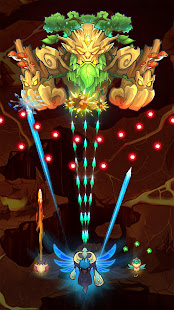 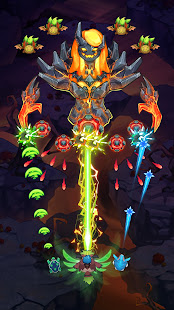 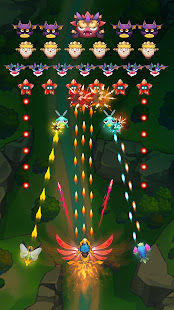 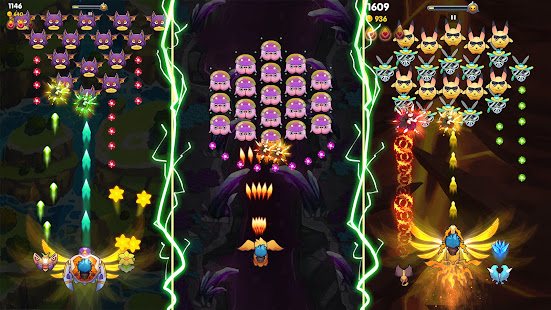 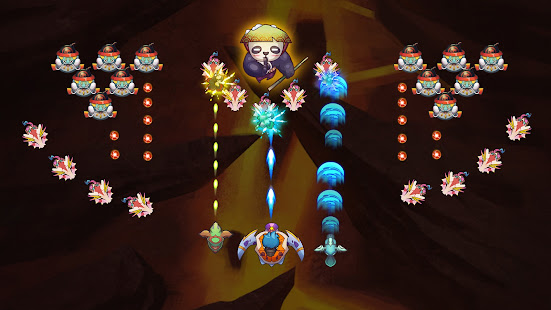 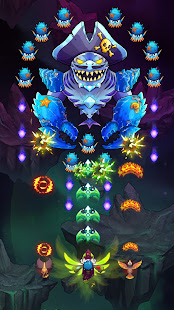 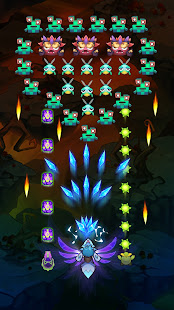 Sky Champ: Monster Attack (Galaxy Space Shooter) an interesting project that combines elements of a scrolling shooter and collecting monsters. The user waits for more than a hundred levels with different landscapes and difficulty levels depending on the game's skills. Sky Champ: Galaxy Space Shooter Monster Attack is an offline game of Bulletstorm (or Space Shooter, Galaxy Shooter, Arcade Shooting, Galaxy Attack) and RPG genre. The gameplay is easy but difficult to master: hold and drag the spaceship to shoot all the evil aliens and monsters.

Your spaceship / spaceship / spaceship is shaped like cute monsters called Okimon. In the process of switching the player will be able to collect hundreds of monsters with different appearance and characteristics in his collection. To do this, you will have to defeat them in battle. In addition to collecting creatures, you can also make improvements to the monsters' abilities and try their departments in a battle with other real users.

Features:
* Upgrade System: Collect rare items to evolve your spaceship. Capture the new Okimon to evolve the ultimate form of a spaceship with great power!
* Over 100 Adventure Mode levels with drastically increasing difficulties. Challenge your skills. Become the most skilled space shooter ever.
* Over 90 pets and monsters with various forms of evolution to capture and equip
* Up to 5 Power Ups (Power Buffs) in the game help you survive through hard space shooters and galactic shooter stages
* More than 50 pieces of equipment for your pets and monsters
* Battle Pass system with many rewards
* Classic game but with a modern design.
* PvP, play against other players via League game mode, check your ranking on Worlds Billboard in League
* Can play offline, without internet, wifi or 4G. Get more rewards when you play online